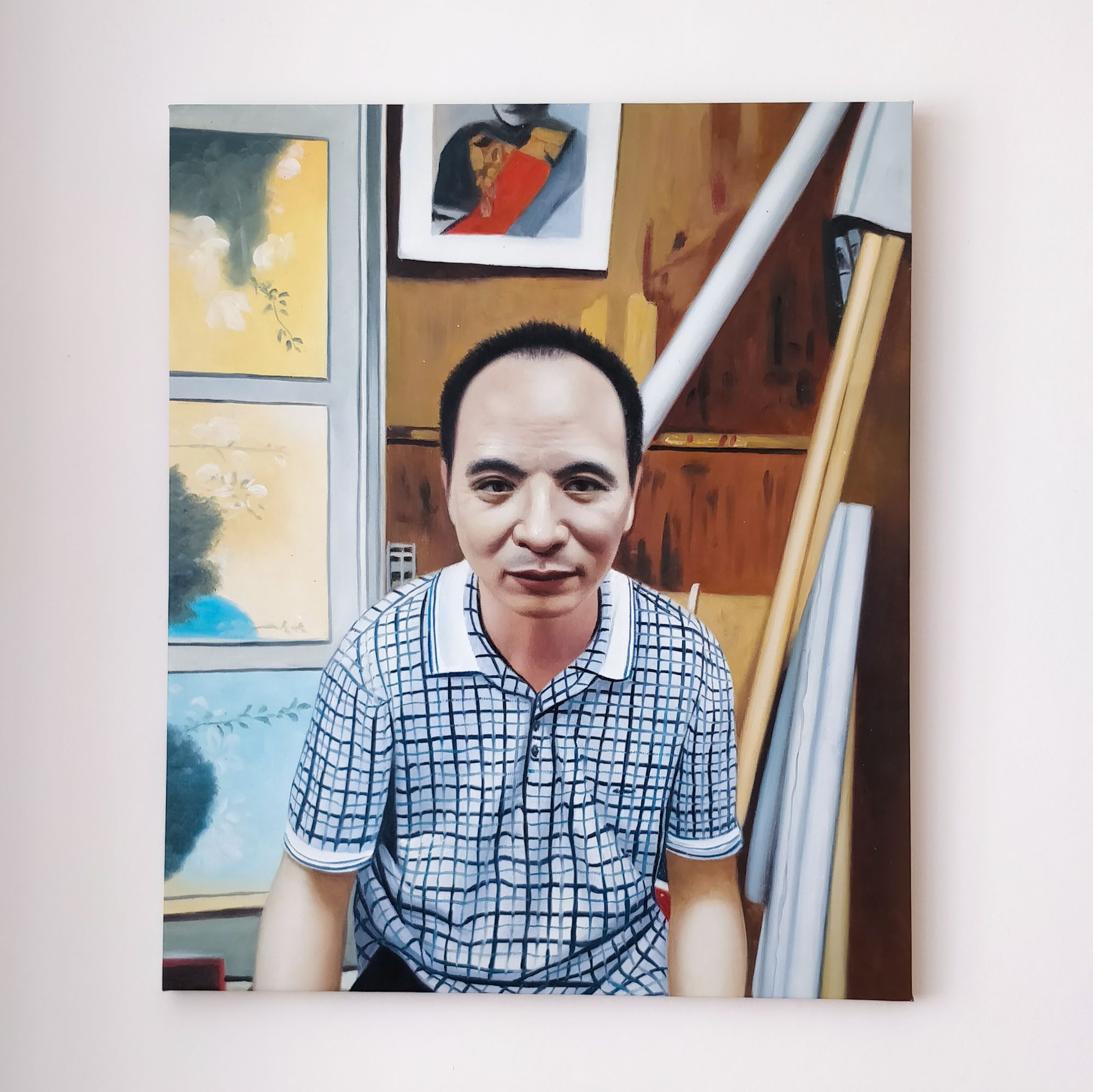 I decided to commission a work of art from one such painting factory based in the Huli District of Xiamen City. However, I did not send any photo to be reproduced - I wanted to turn the system on its head. I sent an instruction: paint a self-portrait. In doing so, a multi-layered work was created. At first, it seems the self-portrait is all there is. It is only later that the additional layer becomes apparent – that a “copyist”, as they’re known, was carrying out the wishes of an external commissioner.

Of course, artists hiring others to turn their vision to reality is nothing new. However, it is not usually done in such a brazenly self-aware manner. This raises interesting questions of ownership: whose artwork is it really? It is a self-portrait, done by the artist in the painting village. And yet, it would not have come into existence without me commissioning it. In that sense, I managed to coax an authentic work from a system based on copying – but had I simply painted it myself, I would have a fairly unremarkable painting of me. This is a collaborative artwork, that wouldn’t exist or have the meaning it does without both myself and the painter in the factory being involved.

There is a legitimate argument to be made that these painting villages are exploitative, and my use of them immoral, perhaps even patronising. There’s the issue of working conditions, which have the potential to be poor, as is often the case in large factories in China. And the issue of intellectual property - the copies of famous paintings mass produced in these factories are, essentially, fakes. Not to mention the ease with which artists can farm out the laborious process of creating their work, and take full credit for the results. These are the issues I wanted to draw attention to… whilst someone else was painting this piece. 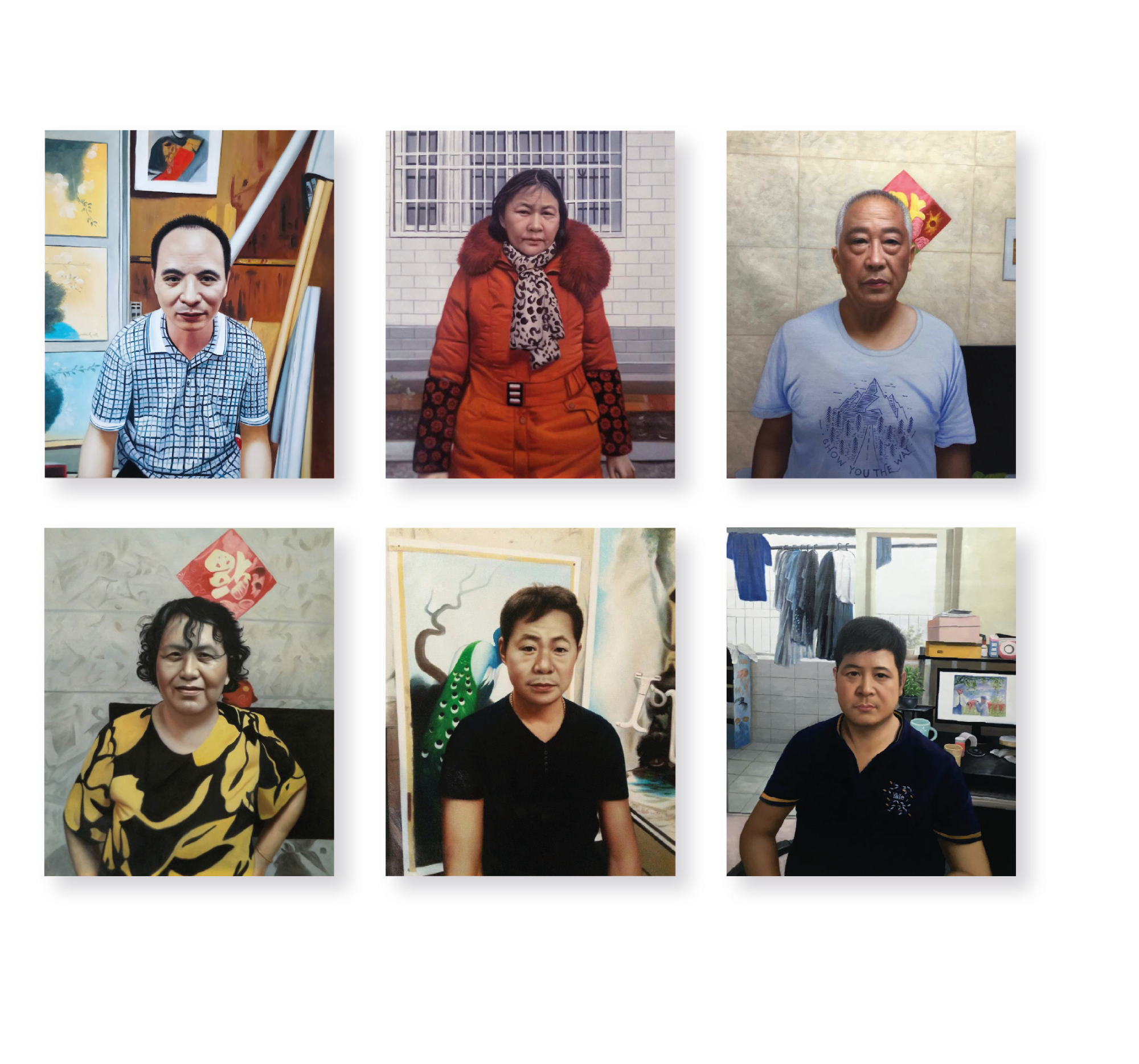