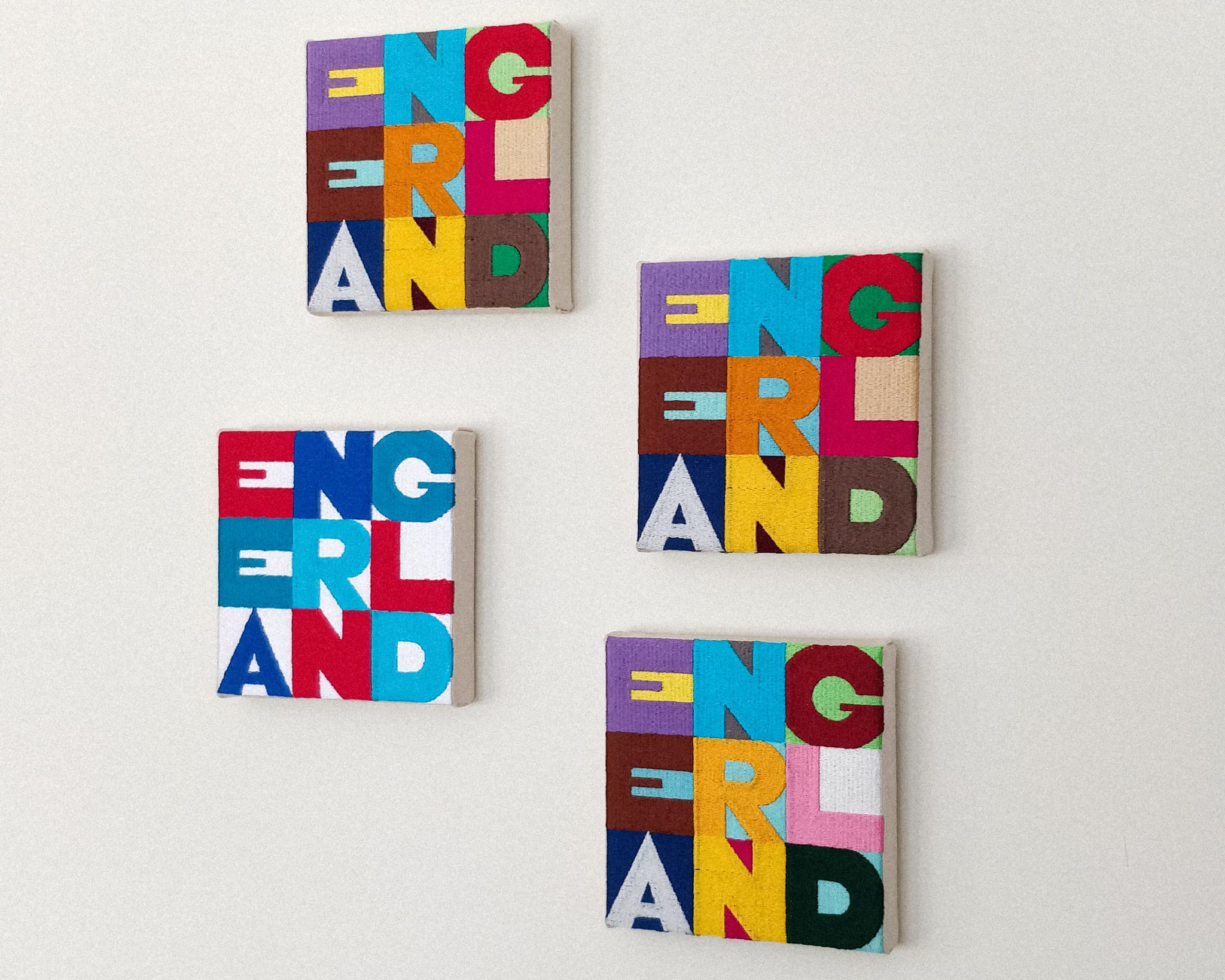 Italian conceptual artist Boetti produced his ‘Arazzi’ series of works throughout the final two decades of his career, vibrant, colourful embroidered canvases featuring individual letters configured into gridded compositions. When deciphered by the viewer these letters could be read as words and sentences, often excerpts from poetry, phrases or proverbs that resonated with the artist. Just as Boetti often employed common prose when composing his alphabetical embroideries, Harris has co-opted the recognisable patriotic parlance of the football fan for his contemporary take on the ‘Arazzi’.⁣⁣⁣⁣⁣⁣⁣⁣⁣⁣

Taken from the perhaps infamous chant of ‘Engerland’, a sylabolic verbal extension used by England supporters to allow for a more rhythmic and melodic expression of their enthusiasm, the verbiage employed for Harris’ embroidery subverts Boetti’s iconic artworks by evoking both the idiosyncrasies of football fanatics. Harris further refashions the notable ‘Arazzi’ by producing embroideries in both colourways akin to the originals as well as colourways emblematic of traditional England football strips, the latter eliciting similarities to the embroidered team emblems that adorn football shirts and memorabilia.⁣⁣⁣⁣ And while Boetti was renowned for his collaborative outsourcing of production - working alongside artisan Afghan or Pakistani embroiderers to complete many of his most enduring works - Harris has also modernized the method of manufacture, choosing to have his ‘Arazzi’ machine-embroidered at a factory in Wembley, coincidently a stone's throw away from the spiritual home of the chant they reproduce. ⁣⁣⁣⁣