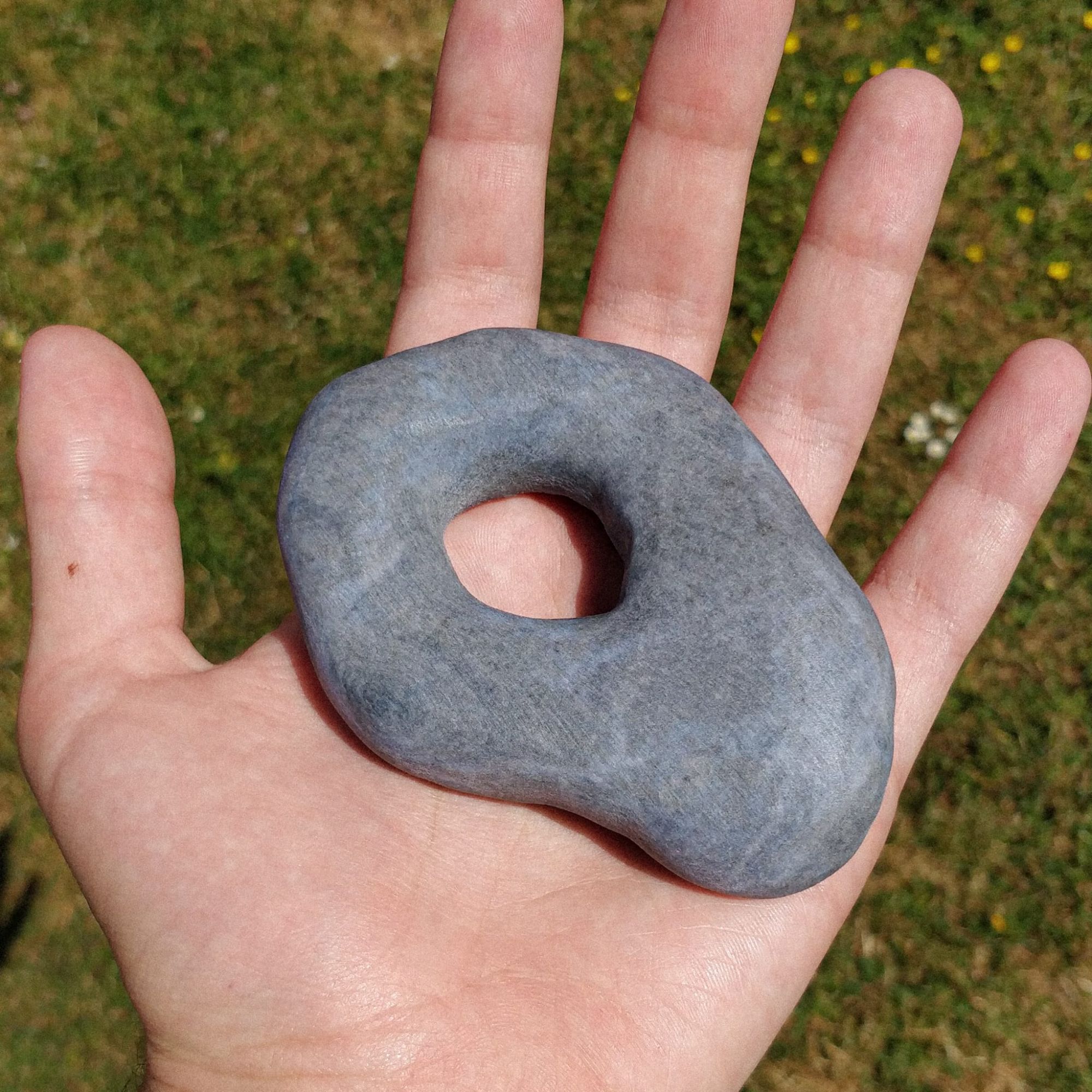 The object, a stone with a hole through the middle, is known by many names: some call it an adder stone; others a witch stone, or serpent’s egg; it is most commonly known as a hagstone.

Hagstones have been considered sacred objects throughout history. They were used in Germany and Egypt, as well as by the Druids in Britain. Whilst the attached beliefs varied, mystical powers have been the constant theme, including protection against witches, nightmares and other evil spirits.

Unlike traditional hagstones, little is natural about mine. It was designed on a computer from scratch, and then 3D printed in full colour, using powdered gypsum which is a naturally occurring mineral.

I was intrigued by the idea of a natural item being created synthetically - would the stone be considered “magic” in the same way as a natural one? What gives it its powers – is it the way it looks, or the way it comes about through natural formation.